Life’s profusion and the struggle to save it Article about visit to the the Amazon forest, and the Sapara indigenous tribal community. KV helped organise and participated in the Alternative Economies Vikalp Sangam (AEVS, 2-5 January 2020), primarily put together by a group based in Auroville, Tamil Nadu. Nearly 100 people participated in this 4 day gathering, with plenty of discussion, group exercises, a public mela, and other methods, to share economic initiatives that put people and environment at the core rather than destroying them as the currently dominant ‘developmentalist’ economy does. This gathering was part of the ongoing series of Vikalp Sangams (alternative confluences) that KV is helping to coordinate. Reports and photos from the AEVS will be posted shortly Who moved my tree? They brought the tree down. I watched in sadness as the
squirrel was left homeless. But, that moment was decisive. I decided to do something. Kalpavriksh in Bookaroo Festival in Vadodara Thrill of the unexpected 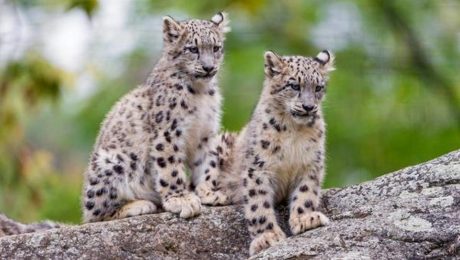 While being taken to watch animals in the wild is exhilarating, one cannot but long for the surge of excitement that chance encounters bring. To read the article, please click here. Four of our books for children have been published in Kannada by Ankita Pustaka! They have been translated by Nagesh Hegde. These are available at all outlets of Sapna Book House and Navakarnataka, and at their respective online stores, and at the Ankita Pustaka store in Gandhi Bazar, all in Bengaluru.
Books translated: Saving the Dalai Lama’s Cranes; Po Tricks His Foe; People and Wildlife; Critters Around Our Homes A trek to the quaint Himachali village of Barot doubled up as a bird watching exercise. To read the article, please click here.