Good news! ‘The Poop Book’ is on the shortlist for the Jarul award. 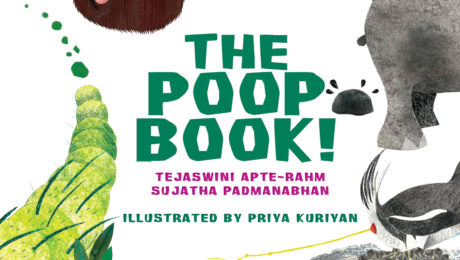 ‘Khari journeys through Kachchh’ and ‘Po tricks his foe’ – now in Tibetan! Two of Kalpavriksh children’s books ‘Khari journeys through Kachchh’ and ‘Po tricks his foe’ are now available in Tibetan!

Published by Education Council for Tibetans in Exile, Department of Education, Dharamshala Kalpavriksh and eCoexist bring you Set of 8 Children’s Books! Launching an interactive map on Conservation Conflicts in India On the occasion of #WildlifeWeek the #EJAtlasteam and Kalpavriksh are launching an interactive map on Conservation Conflicts in India, which reveals the impacts of this fortress-like conservation model in India. This new map documents the violations of Wildlife laws in Protected Areas and shows the struggles of local and Indigenous communities opposing policies that exclude them from the current management of natural resources. The map reveals lack of regard for the self-determination of the communities by the government authorities.#ConflictsPAIndia Please see attached a poster announcing our second online event for children around one of the books that we recently published: The Miracle on Sunderbaag by Nandita da Cunha and illustrated by Priya Kuriyan.
This event is being organised in collaboration with Story Station and Katha Mehfil on October 4th at 4 pm.